Only a few days after Super-Typhoon Hagibis hit Japan quite hard (Figs. 1, 2), the 2019 NDACC Steering Committee Meeting took place in Tsukuba (approximately one hour northeast of Tokyo) from Tuesday afternoon, October 15, until Friday, October 19. Because of the typhoon, all flights to Japan were cancelled for at least one day. As a result, the meeting was postponed for one and a half days, and the agenda was modified significantly to accommodate the delay. Despite their best efforts about a third of those planning to attend the meeting wer not able to rebook their travel; however, a good part of the presentations were done remotely via Zoom. The local organizers, Hideaki Nakajima (NIES), Akira Mizuno (Nagoya University), and Matsumo Shiotani (Kyoto University) did a superb job hosting the meeting under difficult conditions, and accommodating numerous last-minute changes. Executive Secretary Kathy Thompson, with help from her new backup Susan McFadden, again made the impossible possible, re-organizing the agenda, and keeping track of people, flights, action items, conference fees, and everything else.

The NDACC Steering Committee meeting brings together all major stakeholders to discuss NDACC business including station issues, current and future activities, and the general role and evolution of NDACC. In addition to reports from the various Working Groups, Cooperating Networks, and affliiated organizations, a substantial part of the meeting deals with maintaining and improving the NDACC website at www.ndacc.org, and the NDACC database at https://www-air.larc.nasa.gov/missions/ndacc/data.html.

Highlights of the 2019 steering group meeting include:

Martine De Mazière from the Royal Belgian Institute for Space Aeronomy (BIRA-IASB) was confirmed for another three-year term as NDACC Co-Chair. NDACC is so well chaired and run by the famous 'First Ladies' of NDACC: Anne Thompson, Martine De Mazière, Jeannette Wild, and Kathy Thompson (now joined by Susan McFadden as number five). Martine followed most of the meeting remotely via Zoom, and presented the European ACTRIS (Aerosol, Cloud and Trace gas Research Infra-Structure) Program in which BIRA-IASB plays an important role. BIRA-IASB is using NDACC ground-based data to validate atmospheric composition analyses calculated by ECWMF under CAMS (the European Copernicus Atmosphere Monitoring Service). IN order to improve data quality, also in NDACC, BIRA-IASB aims for central quality control and central processing, e.g. for UV-VIS data from MAX-DOAS instruments, or FTIR data. Such central processing is different from the general NDACC approach, where stations, instruments and processing are very much driven by the Principal Investigators (PIs). Not all PIs agree with centralized approaches, and this will remain a topic for discussion at future NDACC meetings.

After the official end of the meeting at noon on Friday, Hideaki Nakajima and Akira Mizuno took a few remaining NDACC people on a private tour to a local sake brewery and to Tsukuba-San Shrine and Mountain. Hopefully our prayers at the shrine will be heard, and NDACCs future will be even clearer than the view from Tsukuba-San Mountain (Fig. 5). 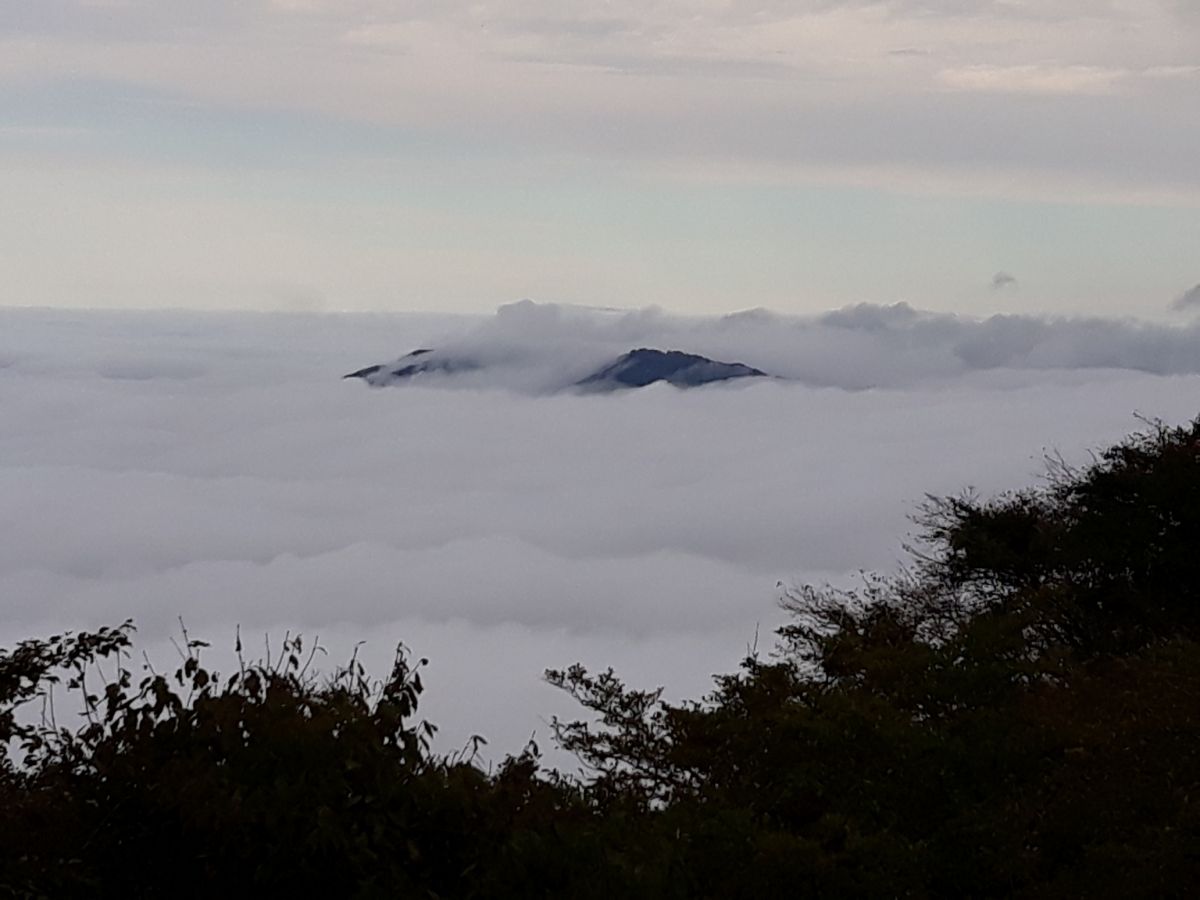