Three reference Dobsons participate in the ATMOZ campaign at Izana

A global network of stations using Dobson and Brewer spectrophotometer have been monitoring the status of the ozone layer during several decades. Corresponding calibration systems have been developed to ensure the good and constant data quality in this network, which enables the scientific society to detect the depletion of the ozone layer and the Antarctic ozone hole in the 80ties. One World Dobson Calibration Center (WDCC) at NOAA (Boulder) and five Regional Dobson Calibration Centers (RDCC) in the corresponding WMO Regional Associations use standard Dobsons for this purpose.

When EURAMET (European Association of National Metrology Institutes) started the project ATMOZ (Traceability for Atmospheric Total Ozone) within the EMRP (European Metrological Research Programme) in October 2014, particularly standard instruments should be characterised to improve their performance. WDCC and the European RDCC-E (Meteorological Observatory Hohenpeissenberg, Germany, and Solar and Ozone Observatory Hradec Kralove, Czech Republic) took the chance to join this project as collaborators. In the meanwhile the primary standard Dobson D083 and the two regional standards D064 and D074 have been optically characterised (wavelength settings, bandwidths) at the Physikalisch-Technische Bundesanstalt PTB (Braunschweig, Germany) and the Czech Metrology Institute CMI (Prag, Czech Republic).

A large field validation and intercomparison campaign for all participating groups and instruments (not only Dobson and Brewer) was held at the Izana Atmospheric Research Center on Tenerife from September 12 to 30, 2016. Main aims of this campaign were to apply the results of the laboratory investigations and to compare all participating instruments.

Glen McConville (NOAA), Martin Stanek (CHMI) and Ulf Köhler/Michael Heinen (DWD) came to this campaign with their Dobsons to: 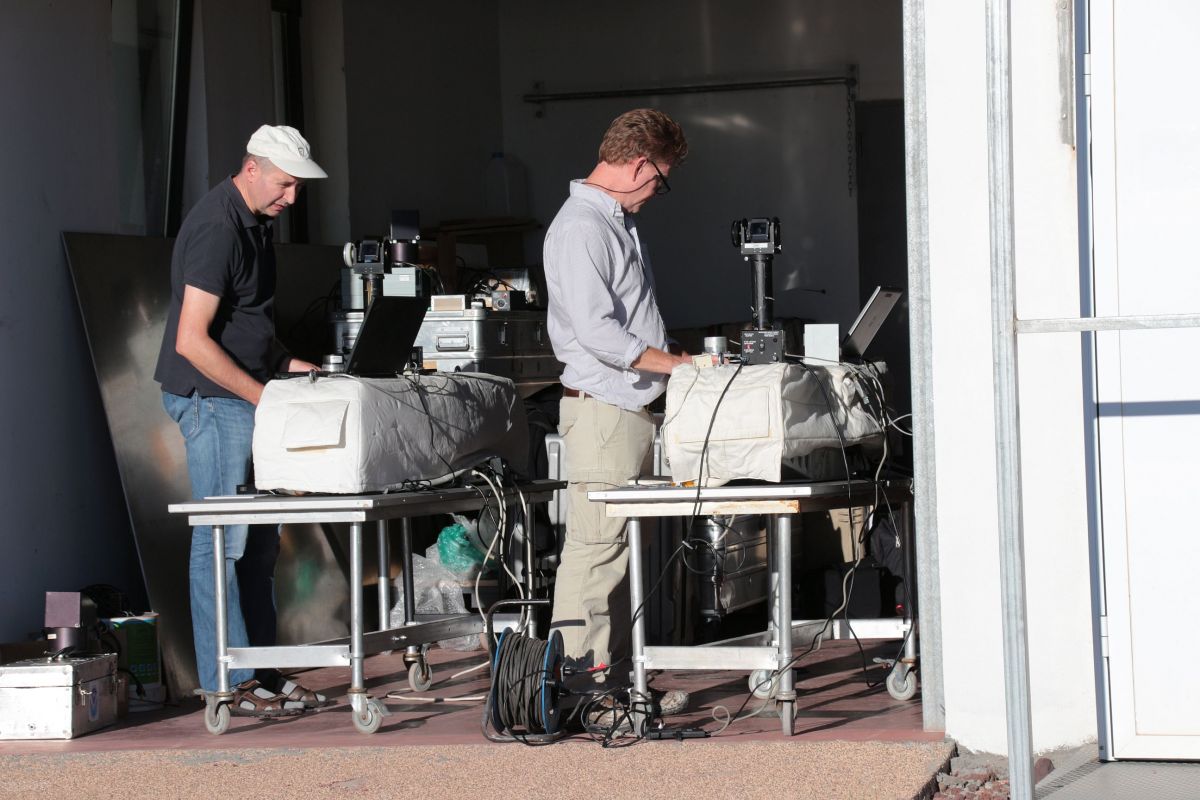